A downloadable game for Windows

This game is heavily inspired by the PT Demo.  You play the sole survivor of the serial killer Darren Bar.  In this dimension, you are stuck in a repeating apartment floor haunted by Darren's spirit who is trying to complete his ceremony.  It is a PC build and requires a download.  Test it out and please feel free to leave me a comment!

It wasn't till after the build that I realized I forgot to hide the cursor and add an escape/quit button.  Sorry but will add soon.

Viewing most recent comments · Next page · Last page
Rhys Sanders44 days ago
played your game at 34:18, really nicely made game definitely fit well into my 3 Scary Games video. Check it out 🙂
Reply
longthorne9048 days ago

Hi, this looks great. i plan on streaming this on Twitch later this evening. i am going to be doing a little indie horror showcase and love finding games like this . Longthoren90 is my name if you would like to stop by :)

i actually enjoyed this more than i thought i would, and i almost shat my pants at one of the jumpscares. nice horror game

I only just came across this game and its an interesting game with a nice atmosphere. I wasn't a big fan on the ending but apart from that was a good short horror. Also, I was trying to figure out where I heard the radio voice from and realised you also did Paranormal Entities which is a fantastic short horror!

Reply
Daddelkutter168 days ago
Good Game! We really enjoyed it! Keep it up!
Reply
iLLaeis169 days ago

Remember your past.. Lead the future to a better place.

Eerie experience to say the least. Everyone should play this horror if they want to be freaked out!

This was a very good game, this was defo a good horror vibe and a story to go with it, 7/10 my only reomendation is it should have been longer, hope you make more!

Played your game and enjoyed ourselves :)

My favourite game on my channel. It was done so well and I would love to show it to my friends and family to play it. Please feel free to check out my gameplay below. Have a great day! :)

Outstanding game for the time it took to make! Super confusing end though. Regardless, gave me some good spooks!

Great Game, Loved the atmosphere in this one! Well Done.

Great atmosphere to this one and the sound design made it tense to play. Lovely little twist at the end too.

Link to my playthrough should you wish:

Wasn't scarier than Paranormal Enteties but it's definitely above average of all the other itch horror games!! Jumpscares were scary asf and it gave a huge pt vibe! Loved it!

Hey congrats on the game, I would like to get in touch with you if you're interested in working on a reasonably big game.

This game was the star of the show!

The Jump scares were great! And I liked the story and the twist to it! Defiantly enjoyed this one

For a small horror game, I definitely enjoyed the jump scares.

This game was fun. The walking sfx were a little slow and for some reason there was a light hissing noise throughout the game. It got really creepy towards the end and I loved the 3.5th wall break you did with the Radio. I'm calling it 3.5th instead of a 4th wall break because you mentioned the player's character current position in front of the Radio. In my opinion it would have creepier if the Radio Broadcaster mentioned the player in some way. Like, "Even you playing this game messed it all up..." My only true complaint, which is more of a compliment and a personal issue, is that a certain animated element looked very realistic. I won't go into further description to avoid spoiling the game but I have a problem with seeing certain human organs and the sight of it almost caused me to loose consciousness while playing. I don't think I've ever had that reaction to a horror game before. Make more games like this, longer ones!

This game was a lot of fun and very well put together!

This was an amazing horror game with an interesting back story and incredible usage of audio, which really set the awesome atmosphere with the well-done lighting. Thanks for the terrifying experience and I hope you keep up the fantastic work.

would of preferred it not be P.T inspired but it was different so i enjoyed it

You and your game development are one of a kind. I played this game a while back and didnt get the time to upload it. You make me forget that this is a game and make it feel like it is a horror movie. The concept and the story a original. It provided me the best content for my channel.

All i do in the video is just for fun i dont mean to hate on the game or anything its a good free horror game. Had fun  playing it still. You should check it out yourself. Or look at my video posted it some time ago but you can go and see if it worth to play.

Ill Appreciate It if you Watched the video. Subscribe If you Choose To. Thank You For Your Time.

Very nice game. It had a solid atmosphere and pacing. I liked the notes and the little "gifts".

Great game and a good storyline as well!

Feel free to watch me completely freaking out to the jumpscares!

Check my gameplay everyone!!

BTW, this is the second game I played from Al Heck's Game Collection! 😅

Great game, got me so many times with the spooks! Here's my playthrough

here is me playing the game and it was really fun! I enjoyed it all. It would mean alot if you could check out my youtube channel and probably subscribe! Thank you

Al Heck once again... You're good my friend. You've gotten me many times with your games and I am fond of the frights and scares you present to everyone!

SO I PLAYED NEVER APART AND THIS HAPPENED...

I like this game. Amazing sound effects and way of presentation it really chilled down my spine. I was wondering what could be next. The radio thing was dope and you have done a great job in creating this environment and effect. I appreciate your efforts. :D

U NEED APPRECIATION! THIS GAME WAS MADE IN 48 HOURS? IT TOOK THE LIFE OUT OF ME ! MY GRANDFATHER YELLED AT ME AS I WAS SCREAMING! APPRECIATE YA

Link to my channel (opens in new tab) youtube.com/jonathick 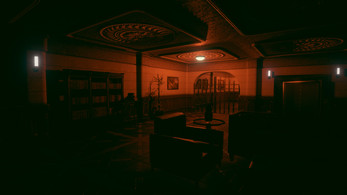 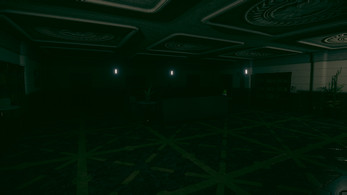 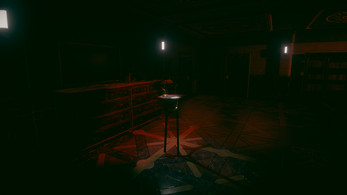 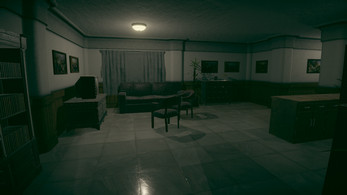 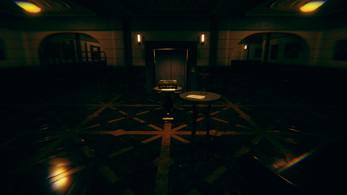